Protecting the lives of mothers in Liberia 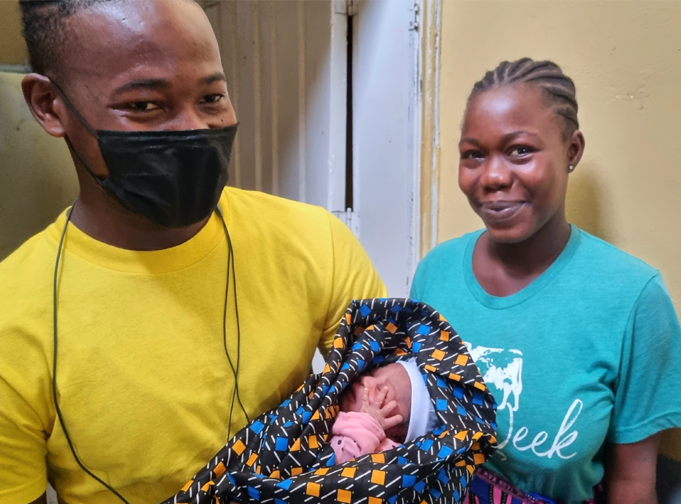 Protecting the lives of mothers in Liberia

Liberia has one of the world's highest maternal mortality rates and one of the highest infant mortality rates. This means that giving birth is often lethal. Abdul Bah, a public health specialist in Liberia, told us, "In Liberia, we sometimes say … pregnancy is a death threat for women as there are so many challenges.”

The leading cause of maternal mortality is postpartum haemorrhage (PPH), a medical emergency which occurs with the loss of 500ml (about a pint) of blood or more during or within 24 hours of giving birth.

Sadly, most of these deaths are easily preventable with appropriate access to relevant medicines or specialist care during labour. Simple obstetric medicines can significantly reduce the risk of postpartum haemorrhage.

IHP works alongside our long-term partner, Life for African Mothers, in Liberia to improve access to these medicines to help support safe delivery and increase the survival rates of women so they can fulfil their vital role as mothers.

“My labour started early yesterday and carried on for a long time. I had been to three antenatal classes, but it was still a shock. I live here in Monrovia but some distance from the hospital, about half an hour away. I came by Keh-Keh [Tuk-tuk], and it was very uncomfortable travelling on the bumpy road.
‍

After I came to the hospital, I was bleeding a lot. They gave me some tablets to help, and it stopped. My baby was born a boy, and he’s doing well. I don’t know yet what his name will be. They’ve cared for me very well here, and I hope to go home tomorrow. I turned 19 in January and am currently going to school. I hope to go back once I am recovered from today.”

‍
Due to the work of Life for African Mothers, midwives were able to treat Joy’s bleeding quickly, and she was able to be discharged after just a short period of time. Her hope and positivity for the future inspired us and shows how lives can be changed for the better through working on the ground and providing people with top-quality healthcare.

The barriers to healthcare in Liberia are various in nature and impact. Just 8.5% of the country’s GDP is spent on health. There is a profound lack of medical professionals in Liberia. In 2018 there were only 246 doctors in the whole country. This equates to just one doctor per 20,000 people, one of the lowest rates in the world.

Just over half of the population lives below the poverty line, meaning that most people need to make unimaginably difficult decisions on where to invest their limited income. “Costs are attached to healthcare,” says Louise Hart, Director of Programmes at IHP.

The cost to buy PPH medicine locally is $20 per tablet [and they need three tablets] which is more than a month’s salary and out of the reach of many families. If we have to send the patient’s relatives out to buy it, they may come back with an expired or substandard medicine. We’ll use it if we have to, but sometimes it's not potent and does not work.

Road infrastructure plays a crucial role in healthcare access and delivery. A significant percentage of Liberia's population lives in rural areas, making it harder to provide a consistent supply to certain localities. Also, a lack of robust transportation infrastructure, especially in the capital Monrovia, makes travelling to clinics and hospitals, particularly in medical emergencies, a considerable challenge.

Sonnie told us of the heartbreaking reality of how these infrastructure issues can prove fatal for mothers. “I had a case last year where the pregnant woman had a very delayed journey to the hospital, and she was in a very severe condition by the time she arrived because of the untreated blood loss. It was already an emergency by the time she got here, and she did not survive. Her twin babies are now being brought up by their aunt. It was a terrible situation, and I felt so awful that we could not save her. I even sent some financial support to the aunt to try and help with the costs of providing for the children.”

The key barrier IHP is working to change in Liberia is the lack of basic access to essential medicines and health supplies.

“I have worked here at Soniwein Clinic since 2004. Ever since high school, I knew I wanted to be a midwife. I remember when I was young, being at a hospital myself and everything was very delayed, and we were not treated well. That made me want to take care of people and ensure they received quick attention.”

“When I was training, one of my first cases was a woman who had a miscarriage at six months, and when I found her, she was in a pool of blood. I asked God to help me, and I treated her, and she came through it. This is what gave me my love for caring for pregnant women and helping safe deliveries. There are so many places in this country where women are still dying when they don’t need to. We have very limited supplies here. Sometimes we don't even have gloves. When patients come in, and we don’t have the things we need, we improvise. We might reuse things or borrow items from other patients who have something with them. It is a very sorrowful situation when we run out of PPH medicine. We feel really bad when that happens.”

Dr Karvah has been at Redemption hospital for three years. Like Wadel, he expresses the importance of possessing high-quality medicines, particularly PPH medicine. In his words:

“When there is no donated PPH medicine, patients have to buy it themselves. If they can't afford it or if we don’t have it in stock, we have to refer them to a different hospital because you can only work on a patient if you have the supplies.

It is so painful to have to turn patients away. I have a wife and sisters and to see patients die from PPH because we didn’t have any medicine is just so sad. We do our best. Sometimes we have to make difficult choices.”

Kormassa has been the supervisor at Redemption Hospital for 11 years.

“Helping a mother through a birth and seeing her safely deliver her baby and take it home is the best job you could have. There are other times when things are more difficult. If we don’t have any donated PPH medicine available, then the consequences can be severe.

A few months ago, we ran out of our stock of PPH medicine. We had a woman in labour who needed it, so we sent her husband out to buy some. He bought some [substandard] tablets from a local pharmacy across the road, but they didn’t work, and she kept bleeding. In the end, we were able to [treat] her … and both she and the baby survived, but it was very close. If we had the PPH medicine available, she would have had an easy induction, and we would have prevented that risk to the mother. Sometimes we midwives will put money together ourselves for the patient. We used to regularly have stockouts of PPH medicine, but the regular supply from Life for African Mothers has really helped us out.” 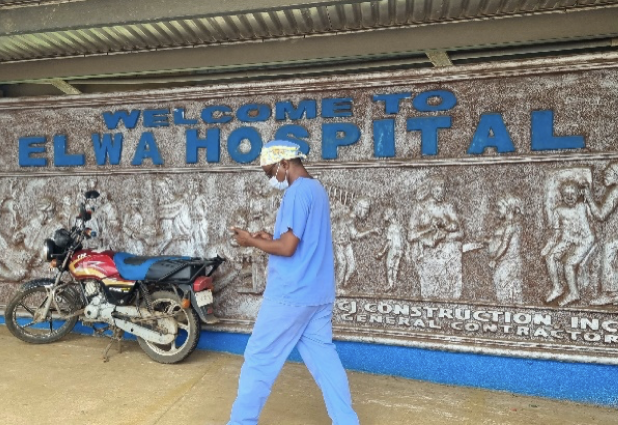 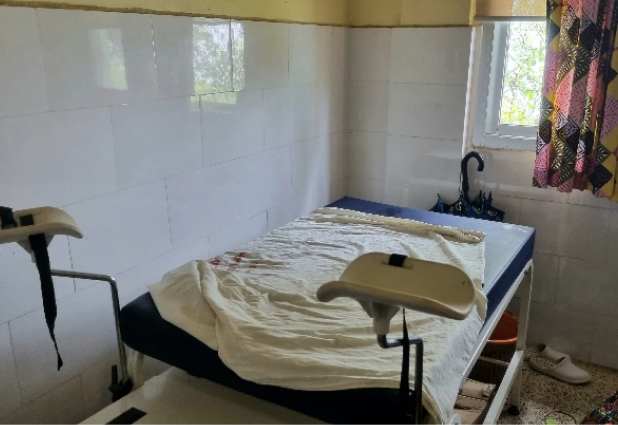 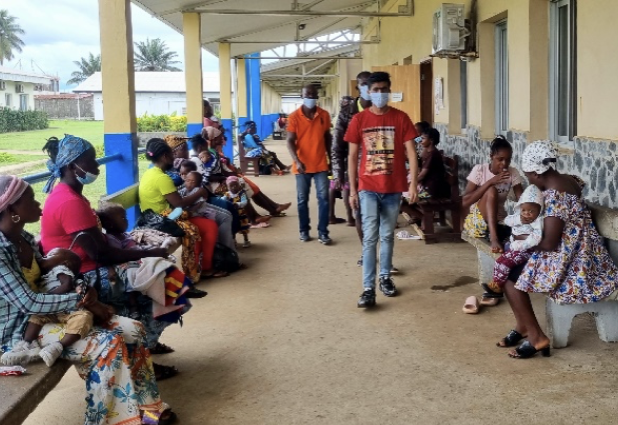 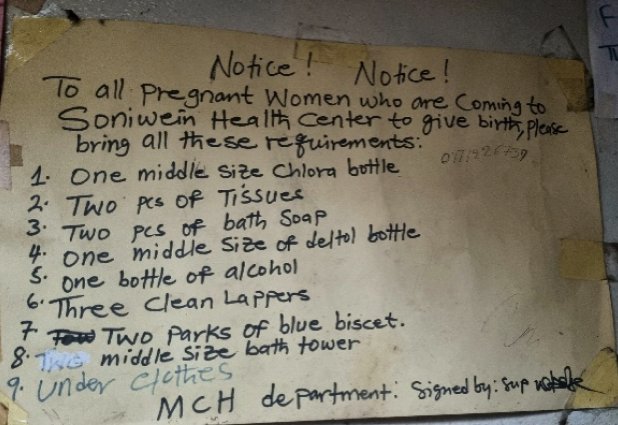 These testimonies make it clear that the PPH medicine IHP supplies is being used to save lives. Medicines and basic medical supplies, which can be taken for granted, are necessities in ensuring safe pregnancies. Alongside our partner, Life for African Mothers, we are working at the forefront, providing communities with vital supplies and, in doing so, ensuring that lives are saved.

During our visit to Liberia, we were able to witness the arrival of an IHP shipment of PPH medicine. On arrival, medicines are handed over and inspected by the Ministry of Health and then transported to the Central Medical Stores, where they are kept before being distributed to supported facilities. 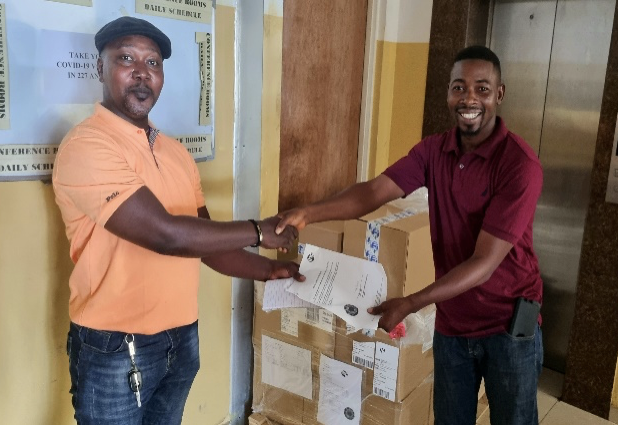 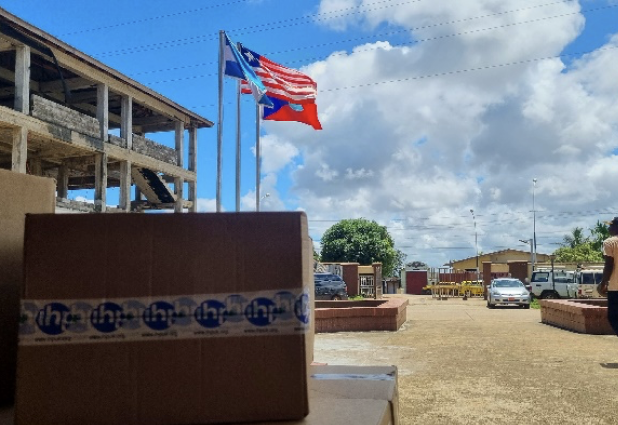 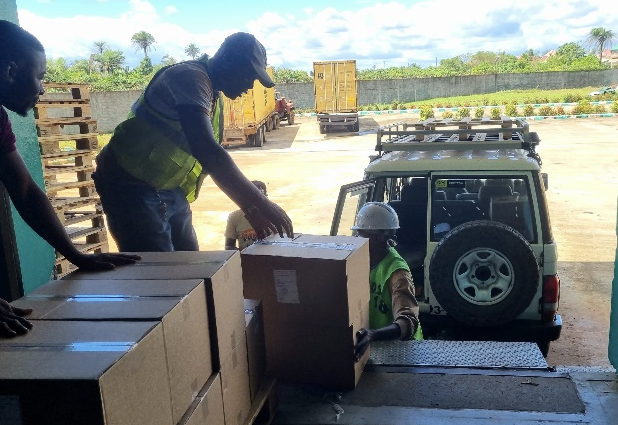 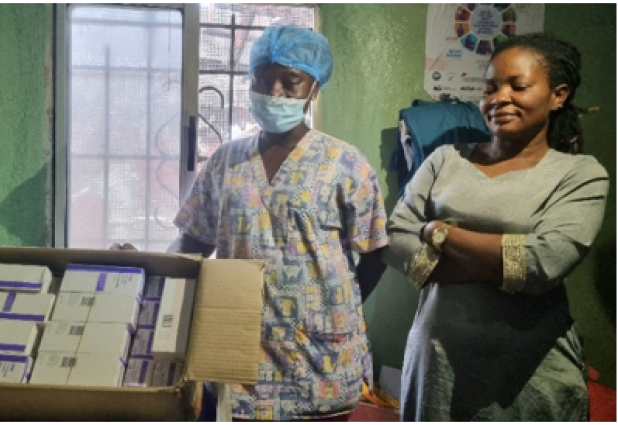 The PPH medicine has really helped us because now we can treat haemorrhages and better manage other complications here at the clinic and we only need to refer a few cases.

“I gave birth yesterday to my baby boy. He is not named yet. He was born weighing 3.6kg.

It was not easy to get to the hospital. I live in a town that’s only usually about half an hour away, but yesterday because of the traffic it took over two hours to reach the hospital. I don’t have a car so I came in a Keh-Keh [tuk-tuk] and it was a long painful journey.

My pregnancy was a bit complicated as this is my fourth pregnancy, and they told me it was high-risk.  I had to have an operation [caesarean section] because he was facing the wrong way.

I don’t remember much of it, but they told me afterwards that I had been bleeding heavily … [they were able] to treat me with medicine right after the surgery to make it stop. I was a little scared when I heard that, but I have come through it.

They had to do some resuscitation on my baby because he was not breathing well after he arrived, but he is ok and is now upstairs getting oxygen.

I have felt really looked after by the midwives, and I hope to go home tomorrow if I’m well enough. I want to get back on my feet as soon as possible. I work as a street trader selling provisions.

I already have three children, two boys aged 15 and 13 and a little girl aged 3. They are really excited about meeting their new brother, and I am looking forward to taking him home and introducing them.

I am already starting to dream about what my son might be when he grows up. I would like him to be a doctor.”