The Horn of Africa is currently enduring one of the worst droughts in history. The need is urgent. We must act now to prevent avoidable suffering and death. 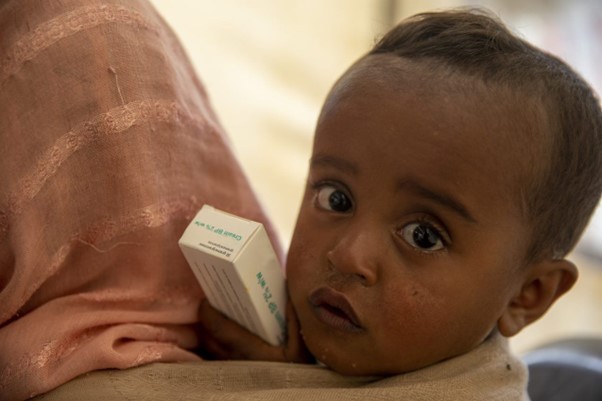 The Horn of Africa is currently facing an unprecedented crisis. The region – which comprises Somalia, Somaliland, Ethiopia, Kenya and Djibouti – is experiencing one of the worst droughts in recent history. The complex, multifaceted nature of the humanitarian problem has created a chronic need that could last for years to come. Below, we have outlined five things you should know about the humanitarian burden that the Horn of Africa is enduring.

1. The drought is the worst the region has seen in forty years, and one of the worst in history.

To understand this crisis, its scale first needs to be comprehended. At least 36 million people in the region have been affected by severe drought conditions, while 18 million people are currently under threat of starvation and malnutrition. As the drought worsens, political instability will increase as people conflict over scarce resources such as food and water. Additionally, the drought has resulted in the death of millions of cattle, and the failing of crops. With farming the main source of income for many families in the region, this loss of income will worsen an already difficult situation. It is estimated that up to 1 million children will die from hunger or disease before this drought ends if it continues at its present rate. The UN has predicted that over 7 million people need food assistance in Somalia alone. The crisis currently engulfing the region is vast in scale and poses a significantly greater threat than previous disasters (such as the Ethiopia famine of 1983-1985), which garnered a huge amount of attention.

2. The crisis is a neglected one, receiving less attention than its magnitude warrants.

Despite the magnitude of the situation, media attention has been minimal. Part of the reason for this is that a drought differs from other crises in not being an instantaneous disaster but one which develops and worsens over a prolonged period. Droughts, therefore, rarely make headlines. Without significant news coverage, there will be a severe underfunding of humanitarian response, with reports indicating that the United Nations has only been able to fund 3% of its emergency spending allocated towards this crisis.

3. The conflict in Ukraine is exacerbating the crisis.

Food is in scarce supply in the region, and 1 million people are in urgent need of food support. The fragile situation has been worsened by the fact that much of the Horn of Africa’s wheat comes from Russia and Ukraine. More than 60% of Somalia’s wheat supply was sourced from Ukraine in 2021. At a time when food is greatly needed in the region, the conflict in Europe means that wheat imports are at a historic low. According to the Africa Development Bank (AfDB), wheat imports comprise 90% of Africa’s trade (totalling £4 Billion) with Russia in addition to approximately 50% of the £4.5 billion worth of annual trade with Ukraine. Akinwumi Adesina, the president of the AfDB, claims that “If we don’t manage [the situation] very quickly, it will destabilise the continent.” As the conflict in Ukraine drags on, the situation in the Horn of Africa continues to look bleak.

4. The drought is causing malnutrition, which is seriously damaging people's health.

For instance, inadequate nutrition during the first 1000 days of a child’s life (2.7 years) can cause stunting, which has irreversible, long-term effects on the physical and mental development of children. Malnutrition can significantly increase susceptibility to illness, as micronutrient deficiency weakens the immune system. This is currently being witnessed in the region as infectious diseases such as cholera, measles and waterborne diseases have surged as access to clean water diminishes. Though malnutrition poses a serious health threat to all, pregnant women and young children are particularly vulnerable as their bodies have a higher need for nutrients, such as vitamins and minerals, meaning that the consequences of deficiencies are graver. Globally, undernutrition is an underlying factor in more than half of child deaths from pneumonia, malaria and more than 40% of measles deaths.  Severely malnourished children are 11 times more likely to die than those of a healthy weight.  As the malnutrition problem worsens in the area, the number of people, including children, dying of preventable diseases will grow exponentially.

5. The region is currently experiencing a lack of medicines.

Without access to basic health supplies, the troubling health situation is made much worse. The WHO is amongst organisations highlighting the shortages faced by hospitals.  Health experts predict that many more deaths will result from these shortages as it could take months or years before these supplies can be replenished. In the Tigray region in the north of Ethiopia, where conflict has been raging for two years, a senior doctor has been quoted as saying that 80 to 90% of hospitals and clinics are not functioning properly. In practical terms, electricity and water are often in short supply in these health centres which, in conjunction with shortages of antibiotics, painkillers, non-communicable disease and mental health medications and medical professionals fleeing the area, means that those suffering health complications are not able to access high-quality healthcare. Many are fleeing to neighbouring areas, putting additional strain on local health systems already on the brink of collapse.

The crisis in the Horn of Africa is on course to be one of the worst humanitarian disasters seen in recent history. The need is urgent, and time is of the essence. We must act now to prevent avoidable suffering and death.