<
Stories
>
Conflict and crisis: how healthcare can prevail

Conflict and crisis: how healthcare can prevail

In recent years, IHP has been responding to the consequences of an overall rise in armed conflict worldwide. Civil wars and international assaults are not just a political concern, they are also a global health matter. 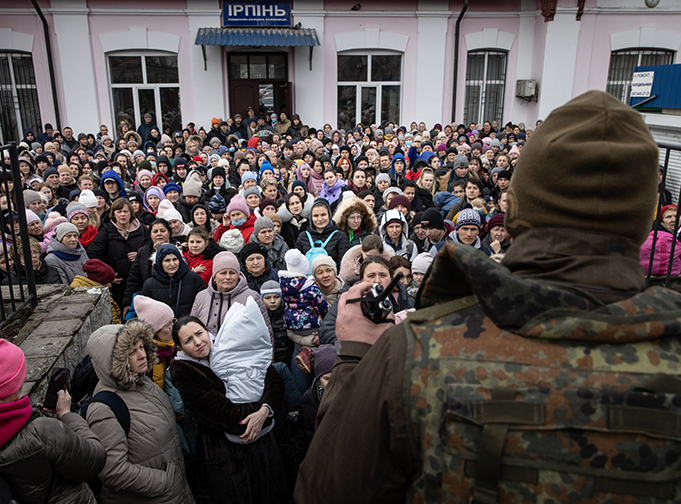 Beyond the immediate physical threat caused by a conflict, health consequences abound with the health of whole communities and even entire countries adversely impacted because of health system collapse. According to the World Bank, one-third of global cases of cholera, malaria and tuberculosis are found in conflict-stricken countries.
‍

Yemen is a tragic example of this, with 18 million Yemenis suffering from a lack of access to basic health necessities since the start of the civil war in 2014. As a consequence, Yemen now suffers the world’s worst ever cholera epidemic and the worst child malnutrition rates in the world. Sadly, Yemen is not an isolated occurrence.
‍

In Ukraine, we see the clear correlation between negative health outcomes and the spread of conflict, beyond the battlefield. As health workers find it increasingly difficult to access in-need populations, and medical supplies become increasingly scarce, the health of the population inevitably deteriorates. Vulnerable health systems cannot meet the ongoing health needs of populations as a result of shortages in resources, medical supplies and health professionals.
‍

Each conflict has its own set of unique, exacerbating factors. In the Tigray region of Ethiopia, there are reports of the Government stopping aid trucks from entering the area where currently, 84% of essential medicines are at critically low stock levels.  The country is also experiencing some of the worst effects of climate change with a higher level of drought and flooding.

‍Health crises can be caused or exacerbated by conflict. At IHP we want to eradicate the suffering caused by poor access to medicine, whatever the reason. Through our Essential Health Packs (EHPs), which contain over 800 treatments of vital medical supplies, we reach some of the most vulnerable.

We sent 18 EHPs to Ethiopia with our partner Project Hope in 2021; these were used to provide over 14,800 emergency treatments to more than 4,800 displaced people. Last year, we sent over 109,000 treatments to our in-country partner to support health facilities in Yemen. Since February, we have sent 121 EHPs containing over 100,00 treatments into Ukraine. Find out more about our EHPs here.

This year, we have already shipped 7 million treatments to 17 countries.

Please consider supporting us as we continue to ensure that everyone has access to the medicines they need.