<
Stories
>
Support for mental health in the Middle East

Support for mental health in the Middle East

In the UK, we’ve seen enormous changes in the way we think and talk about mental health. It’s becoming ever clearer that mental ill-health is often a product of social circumstances and inequalities, not just of disease. Initiatives such as World Mental Health Day (October 10) bring these issues into the open, but stigma and lack of access to care continue to prevent people around the world from seeking help. 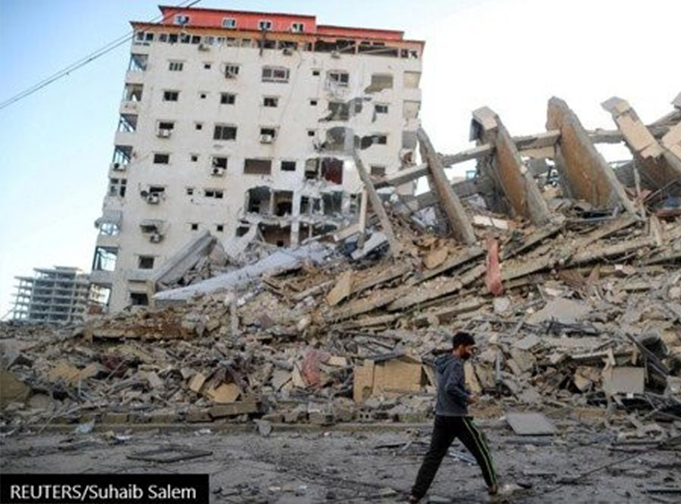 At IHP, we work to provide medications to support mental health in countries such as Palestine and Lebanon. We also work with partners such as International Medical Corps, which helps train family doctors in how to provide the best care.

Mental health treatment and care is needed urgently by people living in Gaza, the West Bank and Lebanon. Their populations live with mounting challenges. Trauma and environmental factors have caused people’s mental health to plummet. For many, the large-scale effects of bombings and the destruction of homes and facilities are being compounded by daily difficulties. When you don’t have money for the basics, can’t see a doctor, and can’t travel around, life can get very stressful.

Gaza is one of the most densely populated places on Earth and is under continuing blockade. Years of conflict have left many of its people depending on humanitarian assistance. Just one example of the difficulties of daily living here is the challenge of getting clean water – most people don’t have it. Even for those with robust mental health, the consequences of these challenges bring despair and depression.

With its large refugee population, Lebanon is contending with a major economic crisis and shocking currency inflation. Last year, a third of its capital, Beirut, was destroyed by a blast in the port. Since October 2019, there have been mass protests to denounce the incompetence and corruption of the serving political class and its inability to address the severe recession.
‍

Under these conditions, it’s hardly surprising that many people – including a generation of young people who have grown up in stressful surroundings – suffer psychologically. When medicines are not available and people can’t travel, chronic mental health issues often go untreated.

In Gaza, Eman told us how her mother and her son have both been supported by our donations. Through our partner Anera, we recently delivered 50,000 tablets of anti-depressant medicine to the psychiatric department at Shifa Hospital.

Eman’s mother became ill after her son and his family disappeared in 2014 as they left Gaza by boat to find asylum in Sweden. “She started talking strangely and hit us,” says Eman. “She used to be so calm, so this behaviour worried us. She was so distracted.” A doctor at Shifa Hospital diagnosed extreme anxiety. “Everything is much better since she started taking the antidepressant medicine. Now we have her engaging, loving personality with us again, like the old days.” The medicine was prescription-only and too expensive for Eman's family, but IHP’s donation means she can get it at no cost.

Eman’s son Shaah, 18, has also seen his condition improve because of the donated medicine. When he developed depression, he lost his appetite and could not sleep. His behavior deteriorated. “He would go out and return home at four in the morning. He lost his sense of time and I would worry about him every day," says Eman. Starting this course of treatment has made all the difference. “Everything changed for the better for him and for me." Donations mean her son can get the medicine he needs. “Thankfully we get it here for free."

“Everything is much better since she started taking [antidepressant medicine]. Now we have her engaging, loving personality with us again, like the old days.”

In Gaza, Anera works with an extensive network of healthcare facilities which provide mental health services. The clinical specialists at Shifa Hospital, a hub, prescribe medicines for mental health and support people’s treatment plans. Anera also works in the West Bank, which has seen a sharp increase in the number of people needing mental health services. In Ramallah, it partners with The Treatment and Rehabilitation Center for Victims of Torture (TCR) to provide antidepressant medications.

In Lebanon, UNICEF estimates 70% of people live with “highly critical” or “critical” levels of vulnerability. Its health infrastructure is under severe strain, not least from large numbers of Palestinian and Iraqi refugees. Around 17% of people suffer from mental health problems; the percentage rises to 21% among Palestinian refugees. With more than half of the population living below the poverty line, many people cannot access treatment.

High levels of uncertainty and anxiety exacerbated by heatwaves, wildfires, COVID-19 infections and electricity outages are causing poor mental health to deteriorate further. Our partners tell us how pharmacists, nurses, doctors and technicians now spend their downtime waiting in long queues to get fuel or fit in chores during the hours when electricity is available. With hyperinflation causing the price of medicines to skyrocket in recent months, hospitals and pharmacies are becoming ever more reliant on donated medicines.

Our partner Anera works with facilities that provide high-quality mental health services. “Overlapping disasters have caused a significant increase in the number of patients requiring mental health services. There is still a great need for medicines,” says Anera. “In the past two years, Lebanon has witnessed unprecedented traumatic events. Consequently, access to mental health medications has become of utmost importance so that people can cope with stressful life events. To give glimpses of hope in our community, we join forces with donor partners such as IHP to secure large quantities of mental health medications at Anera.”

Help us continue to provide medications to support mental health in countries such as Palestine and Lebanon.