20 June is World Refugee Day, when we remember the situation of refugees throughout the world. The pandemic has highlighted global inequalities, tested the strengths and weaknesses of systems, and renewed our motivation to support those who have to leave their homes and countries. 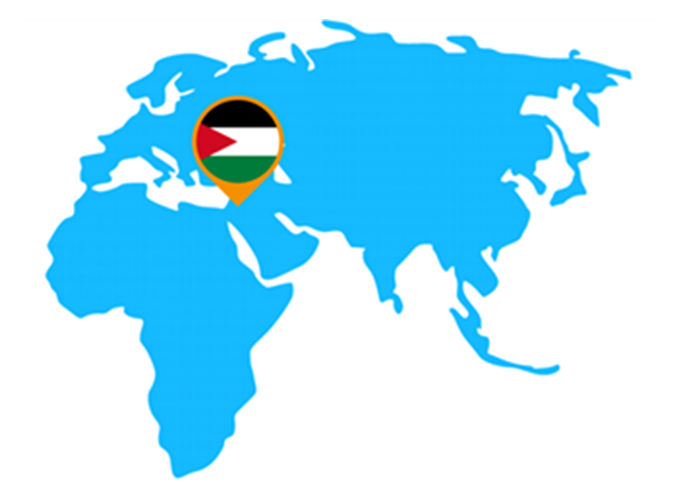 At International Health Partners, we continue to support refugees by helping them access the healthcare they and their families need. In early 2020, we worked with our longstanding NGO partner Anera to deliver essential medicines to refugees in Jordan.

Jordan hosts millions of refugees. In the last 70 years, four wars in the region have sent people fleeing to Jordan, with the first wave of Palestinian refugees coming in the late 1940s, and a second wave following the war in 1967. Jordan now has more than two million registered Palestinian refugees. By late 2020, according to the UNHCR, more than 660,000 people from Syria had sought refuge there. Also last year, 66,800 refugees came from Iraq, 14,600 from Yemen, 6,100 from Sudan and around 2,300 from other countries.

Most Palestinian refugees have full citizenship, but despite this many live below the poverty line and do not have adequate access to healthcare or education. Although Jordan has five refugee camps for Syrians, more than 80% of Syrian refugees live in poverty in Jordanian cities. COVID-19 has worsened the situation for these refugees, with containment measures and economic impacts leaving one in five facing food insecurity. Children are among the worst affected by privation, with most facing “multidimensional poverty” – a term that means their basic needs for education and healthcare are not being met.

Even those refugees in Jordan living in formal camps don’t find it easy to get access to healthcare. To leave the camp means applying for a permit, which can complicate the process of accessing healthcare. When the Syrian refugee crisis began, the Jordanian government allowed refugees to have healthcare for free. In 2014, they were asked to pay the same rate as uninsured Jordanians. By 2018, their healthcare costs had increased up to five-fold.

Providing treatments to over 2,000 refugees

In April 2020, with our support, Anera delivered two pilot shipments including medicines for chronic conditions and vitamin D droplets. The second of these shipments went to Jordan's Zaatari camp for Syrian refugees where the Syrian American Medical Society (SAMS) has a medical clinic, providing primary health care services for more than 76,000 refugees. Through IHP and Anera, the clinic received medicines including antibiotics, asthma inhalers and medications to treat worms, allergies, dental infections, gingivitis and diarrhoea.

Among those to receive healthcare was Akilah, a 40-year old Syrian refugee who lives with ten family members and suffers from asthma. She came to SAMS’ clinic with shortness of breath, chest pain, and tachycardia. Diagnosed with a pulmonary embolism (blocked artery in the lungs), she was treated in hospital.

Thereafter, staff at the clinic gave Akilah free supplies of beclometasone, a medication that makes daily life much easier. Being able to take this asthma medication regularly means Akilah avoids worrying complications, such as breathing difficulty, respiratory acidosis (a condition that occurs when the lungs cannot remove all of the carbon dioxide the body produces, causing body fluids, especially the blood, to become too acidic) and even heart failure. “In Zaatari camp, the environment is arid and dusty and most shelters are impermanent,” Musab Abu Khait, a doctor at the camp, told us. “Having beclometasone 50mg inhalers is very helpful for reducing the risks of asthma-related complications, especially for refugees.”

During 2020-21, we have continued to build shipments for Jordan. Anera has also conducted a national health needs assessment to better understand health priorities in the country. While it is not presently playing a role in the COVID-19 vaccine distribution in Jordan, Anera is assessing how it can contribute to vaccine messaging, as it is already doing in Lebanon and Palestine.

Sending essential medicine where they are most needed
‍

Our support to Anera is also ensuring that Syrian refugees in Lebanon receive critical medical supplies. In September 2020, with transport provided by Airlink, we sent a shipment of medicines and health supplies that Anera distributed to health facilities across Lebanon. These included antifungal medication, iron supplements, betablockers for high blood pressure, and post-operative dressings.

One of those we supported was Yazyi, a Syrian refugee whose daughter is paraplegic. She sought assistance from a medical clinic run by the Ibad Al Rahman Association, a Beirut-based nonprofit. After the blast of August 2020, it began offering emergency medical services. Yazyi told us: “We live in very difficult conditions and my daughter has serious health problems. Her condition has deteriorated and we need a lot of money to get her treated.” Thanks to our donation, Yazyi’s daughter was able to receive the help she needed.

With your help, IHP can provide the necessary resources our partners need to support refugees in Jordan.