The burden of chronic disease

Chronic disease accounts for 70% of all deaths globally. However, of these deaths, 85% occur in low- and middle-income countries. Presently, a systemic inequity exists, and it is one which is proving fatal. 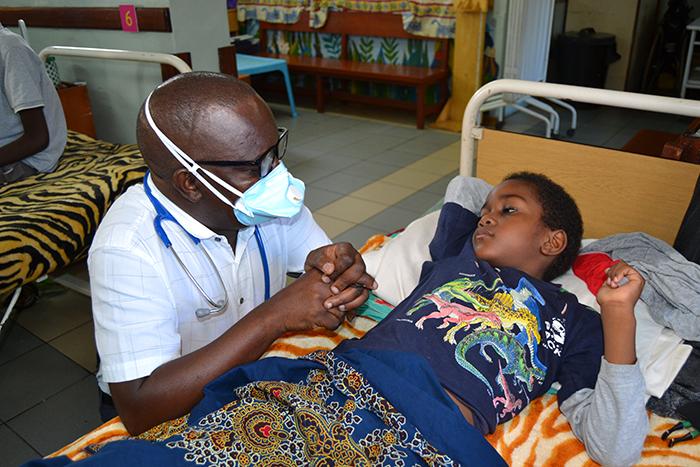 A chronic disease is a long-term illness which impacts multiple parts of the body, and which is not entirely responsive to medical treatment. Examples of chronic illness include cancer, diabetes and stroke. According to the UN, 41 million people a year die of chronic diseases. This accounts for 70% of all deaths globally. This is a consequential and little discussed statistic, the ramifications of which are well worth dwelling on, especially given that the burden of chronic disease is worsening.

Yet, even more noteworthy is the fact that a systemic problem exists as, among these deaths, 85% occur in low- and middle-income countries.

There are a variety of reasons why this is the case. Structurally, most low and middle -income countries do not have a system of universal health coverage, the consequences of which being that health problems can often go undetected, undiagnosed and untreated for years, leading to the worsening of such issues. This often coincides with limited knowledge as to the symptoms of some chronic health conditions among the general population. The health problems people face are therefore complex, great and grave, making a solution perhaps seem untenable.

However, there are things which can be done which can quickly and sustainably produce tangible results. Medical products are often in short supply in the countries which most need them. The donation of surplus products into these locations works to transcend, momentarily, some of the structural health issues populations face. Educational initiatives can inform people of some of the warning signs of the most common chronic diseases, allowing them to seek the help they need when problems occur and preventing them from going untreated.

IHP works with various partners throughout the world to combat chronic disease. One such organisation we work with is World Child Cancer. Together, we operate in Malawi to detect and treat cancer in children. Since 2021 we have worked together at the Paediatric Oncology Unit at the Queen Elizabeth Central Hospital in Blantyre. Around 30% of Malawi’s annual cases are diagnosed at this hospital in the south of the country. Through IHP's donation, the Paediatric Oncology Unit has been able to support over 300 children. All of IHP's medicines are distributed free of charge, helping to relieve some of the economic pressure associated with treatment for parents and guardians of children with cancer.

One of these was Hope Nyondo, whose mother, Cynthia, a single parent of four, works extremely hard to care for her children. Hope's diagnosis not only dealt a blow to Cynthia emotionally, but financially too.

"My child changed and was just crying for a month. I took him to Nguludi hospital where they referred me here,” Cynthia said. Hope was referred to the Queen Elizabeth Central Hospital where he was found to have a cancer which is now being treated.

Cynthia survives and provides for her family through her small-scale business but is no longer able to work since she is in the hospital with Hope. Thankfully, Cynthia does not need to worry about the added cost of Hope's treatment.

I am happy that my child is improving compared to how he was when we just came in. I pray that those who have been helping with medicines should continue so that others like me can continue getting the much need assistance which we can’t afford because of the associated cost.

IHP's work to provide donated medicine free at the point of use to patients is critical, for it ensures that children like Hope can access the medicine they need and removes some of the agonising burden on families of children with cancer.

Chronic disease therefore takes many forms and is a problem bigger than IHP. Yet, we are on the frontline and are working as best we can to improve the detection and treatment of chronic disease, not just in Malawi, but throughout the world.

Set up a monthly gift and become a Change Maker, a community of people who are committed to improving the global health outlook for the world’s most vulnerable people. Your monthly gift will help us continue to provide treatment to patients struggling with the burden of chronic disease.